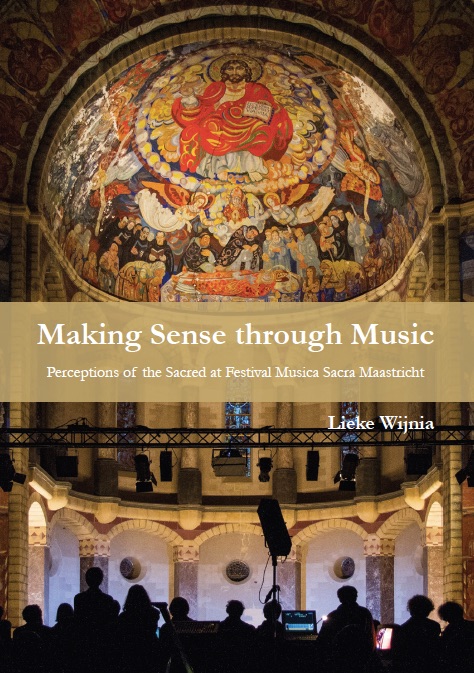 About the research project:
Church buildings are increasingly the decor of cultural activities like concerts and festivals. Not necessarily an indicator of the demise of institutional forms of religion, this development can be seen as a valuable transformation. Especially in places where music and religion meet, they merge into new and meaningful platforms for sense making. Lieke Wijnia argues this in her dissertation, for which she conducted research at the annual arts festival Musica Sacra Maastricht. Artistic practices, and music in particular, have been elevated to an almost religious status of their own, while religious music and rituals are increasingly regarded as art and heritage. In this dual transformation, new frameworks for meaning making emerge. These provide traditional forms of religion a new place of meaning in secularized contexts and emphasize the ritual qualities of music and concert attendance.

Due to the fact the Maastricht festival takes the notion of ‘the sacred’ as departure point, many visitors regard it as a special place of value and meaning. As the only festival in The Netherlands it programs both religious and non-religious music, within a range from Gregorian chant to contemporary art music. This framework of the sacred makes the festival transgress the socially strongly embedded binary between religion and secularity. It rather creates due attention to the multiplicity of sense-making practices that exist in current times, overriding the binary and exploring a more inclusive approach.

Additionally, the study of the festival contributes to the argument that the notion of sacrality has great theoretical potential. It allows for scrutiny of the values and meanings that people attribute to the, whether it is religious or non-religious, music themselves. Wijnia argues for a theoretical broadening of the concept of the sacred, which then focuses on the attribution of ultimate, non-negotiable value. The attribution of this ultimate form of value to music – and art in general – is observed to result from experiences that establish a connection between ordinary, everyday life and the non-ordinary reality of the musical performance: when it evokes special memories, a feeling of recognition or home-coming, or rather a feeling of discovering the unknown. Most crucially seems the notion of time: sacred value is attributed after a transformed experience of time, either of timelessness or of extreme presence. By maintaining such a broad approach to the sacred, this study aimed to contribute to the theorization of the potential spiritual role of art in secularizing contexts.

The thesis is available via the online repository of Tilburg University.